ELCIES is an intelligent Platform and Bot for connecting healthy lifestyle providers to consumers! ELCIES personalise healthy offer(s) and rewards based on Physical Activity Data that collected from different devices, wearable and mobile phones.

Drinking Some Type Of Alcohol Could ‘Significantly Protect Against Diabetes’

Drinking wine regularly throughout the week could ‘significantly protect against diabetes’, a new study has found.

Consuming it three or four days per week resulted in a reduced risk of 27% in men and 32% in women, compared with abstaining.

However drinking spirits like gin and vodka increased the risk among women.

Experts have warned that while some types of alcohol might have a positive effect on diabetes risk, it also contributes to a vast number of other serious diseases including some forms of cancer. 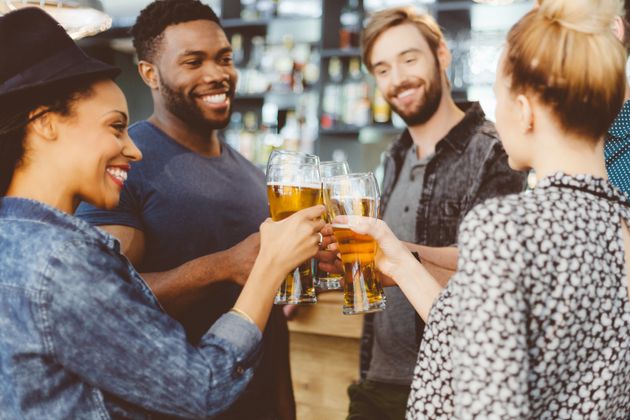 The new study looked at data on 70,551 men and women, who were quizzed about their drinking habits and monitored for five years. It found:

:: Men who drank 14 alcoholic drinks per week were 43% less likely to develop diabetes than those who didn’t drink at all.

:: Women who consumed nine drinks per week were 58% less likely to develop diabetes than non-drinkers.

:: Wine had the most beneficial effect. For both men and women, seven or more glasses of wine per week lowered the risk of diabetes by 25-30% compared with having less than one glass of wine. Researchers believe this is because it contains chemical compounds that improve blood sugar balance.

:: One to six beers per week reduced diabetes risk by 21% in men but had no
effect on women.

:: Gin and other spirits didn’t have a positive effect, in fact a daily tipple increased diabetes risk in women by 83%.

Writing in the journal Diabetologi, the authors, led by Professor Janne Tolstrup from the University of Southern Denmark, said: “Our findings suggests that alcohol drinking frequency is associated with the risk of diabetes and that consumption of alcohol over three to four weekdays is associated with the lowest risks of diabetes, even after taking average weekly consumption into account.”

It’s worth noting the investigation did not distinguish between Type 1 and Type 2 diabetes.

This website uses cookies to improve your experience while you navigate through the website. Out of these cookies, the cookies that are categorized as necessary are stored on your browser as they are essential for the working of basic functionalities of the website. We also use third-party cookies that help us analyze and understand how you use this website. These cookies will be stored in your browser only with your consent. You also have the option to opt-out of these cookies. But opting out of some of these cookies may have an effect on your browsing experience.
Necessary Always Enabled
Necessary cookies are absolutely essential for the website to function properly. This category only includes cookies that ensures basic functionalities and security features of the website. These cookies do not store any personal information.
Non-necessary
Any cookies that may not be particularly necessary for the website to function and is used specifically to collect user personal data via analytics, ads, other embedded contents are termed as non-necessary cookies. It is mandatory to procure user consent prior to running these cookies on your website.
SAVE & ACCEPT